A walk-off left Madison Bobcats Varsity on the wrong end of a 7-6 defeat to Jerome on Thursday. The game was tied at six with Jerome batting in the bottom of the seventh when #18 doubled on a 1-1 count, scoring one run.

Despite the loss, Madison Bobcats Varsity did collect 12 hits in the high-scoring affair. Unfortunately, Jerome had 12 hits on the way to victory.

Madison Bobcats Varsity got things moving in the first inning. Matt Hansen singled on the first pitch of the at-bat, scoring one run.

Bos got the start for Jerome. He surrendered five runs on nine hits over six innings.

Davis Berry got the start for Madison Bobcats Varsity. He allowed four hits and three runs over two innings, striking out four and walking one. Trey Holloway and S entered the game as relief, throwing four innings and two-thirds of an inning respectively.

Jerome tallied 12 hits on the day. Craig and Cryer each racked up multiple hits for Jerome. Craig went 4-for-4 at the plate to lead Jerome in hits. 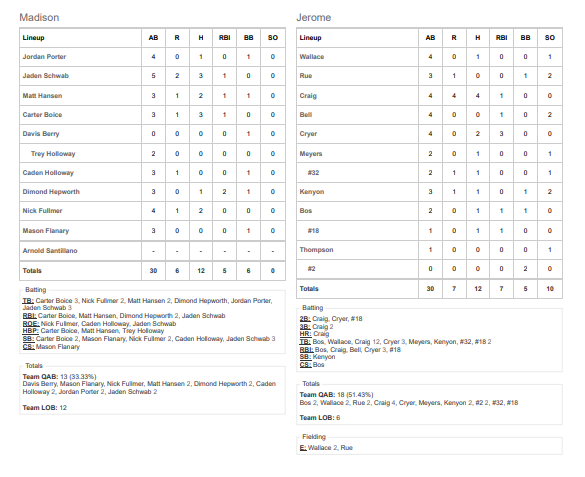 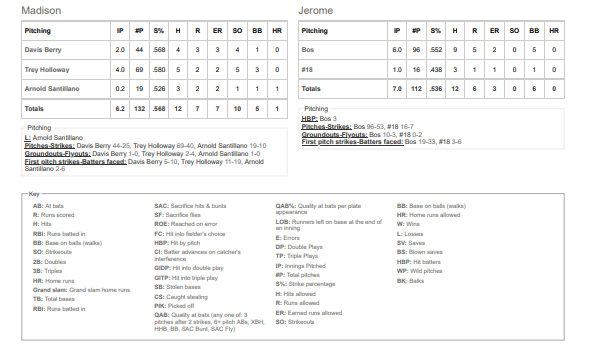