There’s Money In That There Smash Bros. Tournament!

Do you fancy yourself a gamer? One that has a particular set of skills in Super Smash Bros. Ultimate for the Nintendo Switch? Well, if you do, you are probably going to want to take your talents to the Pinecrest Event Center in Idaho Falls and compete in Amped Up Idaho.

There is money to be won in this tournament so if you have the skills, put them to the test.

The Man Behind It All

Zane Price, who prefers to play as Roy or Falco, is the man putting this whole event together. Price believes that with the release of Super Smash Bros. Ultimate in December of 2018 there has been a resurgence in it’s following.

“Ever since Smash Bros. Ultimate came out there has been a BIG boom in the gaming scene,” said Price. “Previous to this version the smash community has sort of dwindled down, but with this there has been a boost in players wanting to compete and have fun. Smash Bros. is a game for everyone. Most everyone has heard of it and the controls are simple enough for almost anyone to understand.”

The event was co-created by Price’s love for the game and the company his wife Hayley works for, AND-X Entertainment. The company had been wanting to get into hosting more fun events. Previously they had mostly been doing the A/V for business conferences and things of that nature. They hatched the idea together, now all that’s left is the actual event. 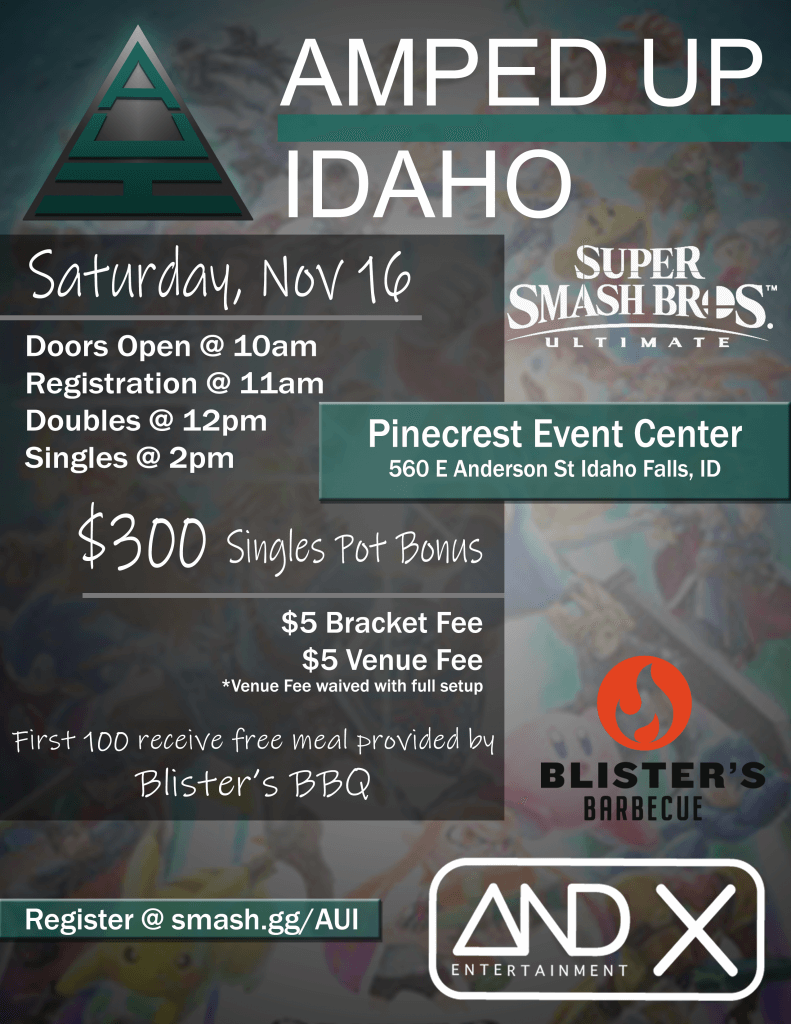 The event will take place on Saturday, November 16th, at the Pinecrest Event Center in Idaho Falls (next to the East Idaho Aquarium). Registration will start at 10:00 a.m. and last until 11:30 a.m. However, if people are only wanting to be there for singles play they can arrive at 1:30 p.m.

You do NOT need to pre-register, you can register the day of the event. However, if you would like to you can register on smash.gg/AUI, which you’ll be required to create an account (free) to use.

There will be a big prize. All of the money put into the tournament from the bracket fees will be added into the final pot. As well as $300 contributed from AND-X Entertainment. That money will be distributed out to the top eight players.

Rexburg favorite Blister’s BBQ will be catering the event for free! The first 100 attendees receive one free meal, so register fast for some good food and some good fun!

There is also a redemption bracket for those who don’t make it out of pool play that is free to enter. The winner of that bracket will receive a $25 Blister’s BBQ gift card.

Price says folks can expect a lot of fun, free good food, and more. There will be more than just Super Smash Bros. as well. They will have a Guitar Hero station that people can play just for fun. He said he’s also still trying to contact local businesses to see if they’re interested in setting up promotion and sponsorship booths. If you or someone you know might be interested, Price said they are charging $50 for a booth fee. Reach out to zaneprice61@gmail.com if interested.

As for the gaming scene here in southeast Idaho, Price believes that there’s a lot that could be improved. However, he said it’s the people that make all the difference.

“Everyone is so incredibly welcoming of any and everyone who comes through,” said Price. “Any skill level, any personality, all are welcome.” 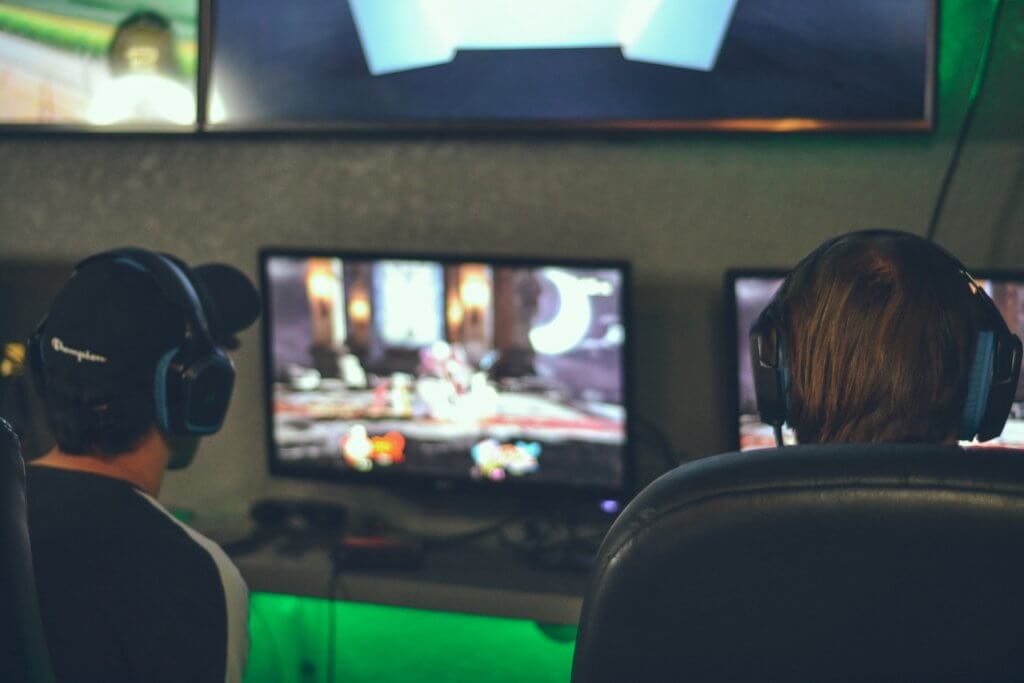