Mason Balzen struck out B Caudle to get the last out of the game, as two pitchers teamed up to a throw a no-hitter in Sugar-Salem ‘s 10-0 defeat of West Jefferson on Tuesday.

Sugar-Salem tallied ten hits. Norman, Drake, and Rasmussen each had multiple hits for Sugar-Salem. Norman led Sugar-Salem with three hits in four at-bats. Sugar-Salem stole seven bases during the game as two players stole more than one. Drake led the way with two. Sugar-Salem was sure-handed and didn’t commit a single error. Jace Hansen made the most plays with 13. 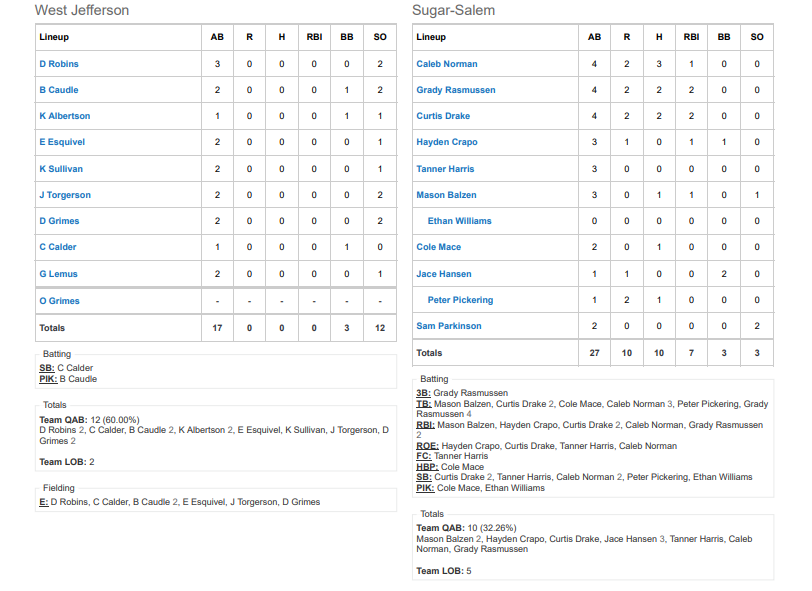 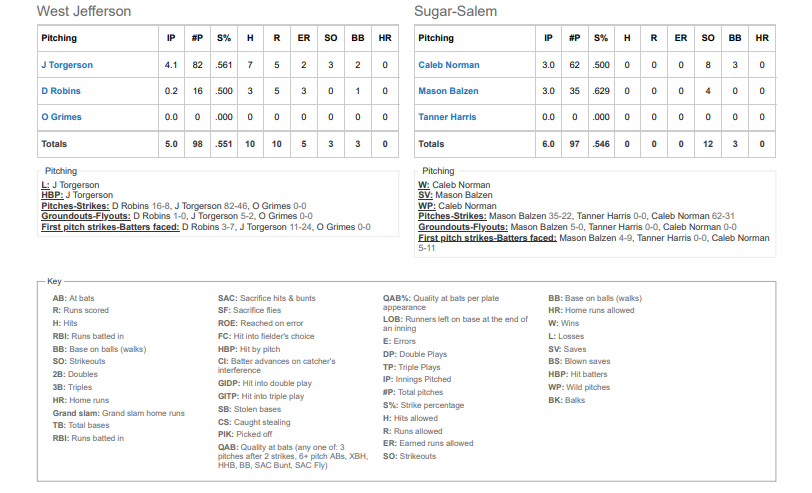