This article has been published and shared in partnership with BYU-Idaho’s Power to Become. For additional event information or to buy tickets, please visit Power to Become online.

The Power to Become (P2B) Conference encourages students, alumni and guests to discover their passion, tell their story and to network effectively. P2B is not a traditional professional development conference—it’s an experience. P2B has an upbeat, engaging learning environment.

Come be inspired by top industry professionals as they share valuable principles you can apply in your life to help you discover your passion, tell your personal story and land your dream job by networking effectively. 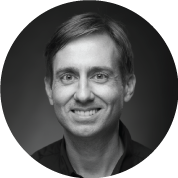 Josh is a graduate of both Ricks College and BYU and is the CEO of MWI, a digital marketing agency with offices in the US, Hong Kong and China. He is the author of Chief Marketing Officers at Work which was rated as one of the top five business books of 2016 by Success magazine. He has written over 200 articles for publications like Time, Forbes, Mashable, TechCrunch, and Fast Company. Josh was listed by Entrepreneur Magazine as one of “50 Inspirational Entrepreneurs to Watch in 2017,” while Forbes recognized him as one of “25 Marketing Influencers To Watch In 2017.” He currently lives in Shenzhen, China with his wife and two children. 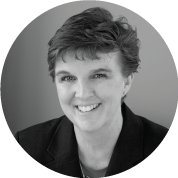 DeAnna is the CEO of Strengths Strategy Inc. She is an international speaker, author and organizational development coach/facilitator. She has professional certifications from the Coaches Training Institute, FranklinCovey and the Gallup organization. She served on Gallup’s Strengths Advisory Panel, as well as directed the Strengths Based Leadership Institute. She earned her associates degree from Ricks College (1984) and BS and MS degrees from BYU in Psychology. 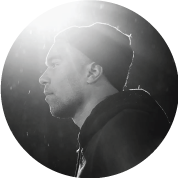 James is a musician, singer, songwriter and businessman. He is also the Co-Founder of MRKTpop used to advertise local brands. He graduated from BYU-Idaho in 2010 in Communications. James’ debut EP, I’m Not a Rapper, hit number one on the iTunes Hip-Hop/Rap chart. James grew up internationally, spending his formative years in Russia, China and Uzbekistan. He began writing, recording and performing at the age of 17. In his late twenties, James began posting his videos on YouTube, and soon built a strong following on the strength of singles/videos like “Motivation” and “I Will Never Stop.” 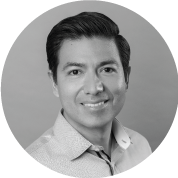 Carlos is a Product Marketing Manager for Microsoft. Carlos graduated from BYU-Idaho in 2008 and later graduated from Harvard Business School with his MBA. Carlos has won a number of different awards in the various companies that he has worked. Carlos has also participated in various BYU-Idaho service organizations including the Heber J. Grant Service Program and Multicultural Association. He lives in the greater Seattle area with his wife Heather and his newborn child. 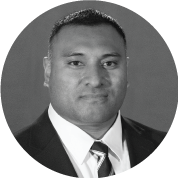 Kalani is the Head Coach for the BYU Football team leading the Cougars to a 9-4 record (and Bowl win) in his first year. Kalani graduated from BYU in 2000 where he was a player and athlete. Kalani was named BYU’s Football Scholar Athlete of the Year in 1998 and team captain in 2000. Kalani has also coached for Eastern Arizona, Southern Utah, University of Utah and Oregon State. He is married with three children and lives in Utah. 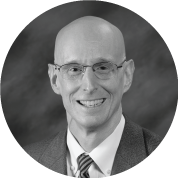 Henry J. Eyring was announced as the new president of BYU-Idaho on February 7, 2017. President Eyring has worked at BYU-Idaho since 2006 as an associate academic vice president over Online Learning, advancement vice president, and academic vice president. Previous to his work at BYU-Idaho, President Eyring worked as a strategy consultant at Monitor Company in Cambridge, Massachusetts, and as MBA Director at BYU in Provo. He earned a bachelor’s degree in Geology, a Master of Business Administration, and a Juris Doctorate from Brigham Young University in Provo, Utah. While attending BYU, he married his high school sweetheart, Kelly Ann Child. They are the parents of five children, and they currently have two grandchildren. 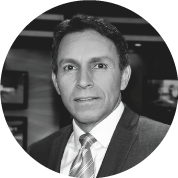 Art Rascon is an American news anchor for ABC affiliate KTRK in Houston, Texas. Prior to joining KTRK, he worked as a CBS News correspondent on assignments that included international reporting for the Evening News with Dan Rather and 48 Hours. He also reported for CBS Radio which earned him a national Edward R. Murrow award for his spot coverage of Hurricane Opal in 1995. Rascon has reported on major events throughout the world covering natural disasters, civil unrest, wars and conflicts throughout the Middle East, Central America and elsewhere. He has traveled to more than 75 countries on five continents and reported from nearly every State in the Union. He has been nominated for national and regional Emmy Awards, and by the end of 2016 had earned 20 Emmys.

Rascon was recognized in 1997 as being one of only five Latino correspondents appearing on national television networks in the U.S. reporting major events for the evening news. He is a former vice president of the National Association of Hispanic Journalists, and was named one of the one-hundred most influential Hispanics in America by Hispanic Business Magazine.

Art and his wife Patty are both alumni of Ricks College and BYU.

This article has been published and shared in partnership with BYU-Idaho’s Power to Become. For additional event information or to buy tickets, please visit Power to Become online.