When Levi Shaffer’s family came to visit for Christmas of 2016, he probably didn’t think it would be a visit that would eventually lead to him being the chapter president of a nonprofit.

They wanted to build a bed for his sister after having read about a charity that does just that. In telling Levi about it, however, they couldn’t remember the name of the charity.

“I went inside, searched the internet, and found it,” Shaffer says. “I signed up as a volunteer, came back in the garage, and I said, ‘It’s called Sleep in Heavenly Peace.’” 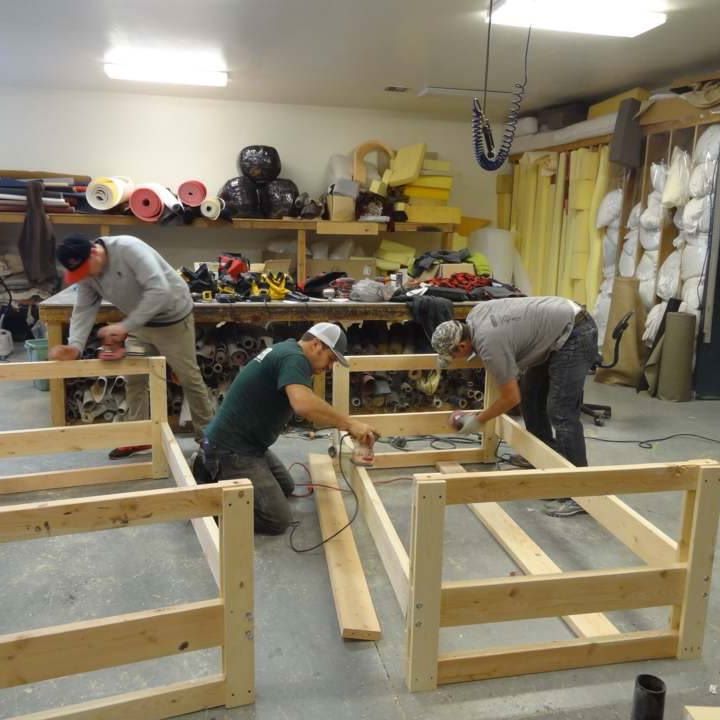 Luke Mickelson doesn’t consider himself much of a woodworker, though he “enjoys playing with power tools as much as the next guy.” But when he volunteered in 2011 to help build bunk beds for a family in his church congregation, it was the act of serving that he enjoyed most.

“It was such a fun experience,” Mickelson says of the project. “Not just building it, but delivering it. And seeing the kids’ faces.”

A single Facebook post, offering up a bunk bed he and his family built with the spare wood, prompted donations of everything from quilts to mattresses. People expressed their appreciation for what he was doing, and what a great idea it was.

“We had sheets and pillowcases and all sorts of stuff hanging all over the place,” Mickelson says. “And so I looked at my wife and said, ‘I think we could probably do more.’”

Between the stream of donations, and the local Lowe’s giving 50% off their purchase, Sleep in Heavenly Peace hit the ground running. Mickelson’s friends Jordan Allen and Carl Weeks got onboard, with Allen eventually presiding over the Boise chapter.

“We decided we wanted to do this every year,” Mickelson says.  “It would be a Christmas thing.”

But after doing it another year, and operations expanding to Boise with Allen, the scope widened, and the team got together and decided that they should make it a charity. 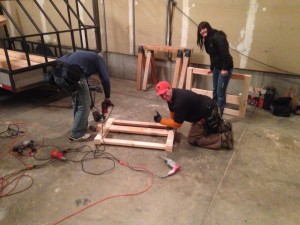 Sleep in Heavenly Peace is the only charity to provide hand-made bunk beds to children who don’t have beds of their own. It officially became a 501(c)(3) charity about two years after its inception.

As more people wanted to participate and help out as time went on, Mickelson and the board knew that the next step of expansion was necessary.

“If there are people who are interested in their communities to help their communities, why don’t we make chapters?” Mickelson says. “We as the organization of SHP will just support those chapters, and they can do the same thing we did.”

By dividing into chapters, Sleep in Heavenly Peace became more than just a uniquely Idaho thing. Today, there are chapters in Lehi, UT, San Diego, CA, Twin Cities, MN, and are developing in Dallas, TX, and Arizona.

“That’s all within the last six or seven months,” Mickelson says of their growth. “The first part of November (2016), SHP had the Boise chapter and the Twin Falls chapter. That was it. It’s been a challenge — a fun challenge —to try and manage that growth.”

Levi Shaffer was one of these people that wanted to get more involved. He, his wife, and son attended a “build” in Lehi this past March to help build 20 bunk beds.

“The next day we drove back to Rexburg, and the whole day my wife and my son were talking about how they wanted to bring it to Rexburg,” Shaffer says. “I contacted Luke Mickelson and Jordan Allen for a 15-minute call…and an hour and forty-five minutes later we got off the phone and were starting a chapter in Rexburg.” 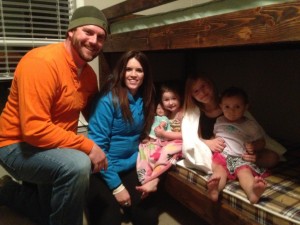 As a nonprofit, Sleep in Heavenly Peace runs solely on donations. Everyone, from their founders and board members to Luke Mickelson, to the Rexburg chapter president Levi Shaffer, has day jobs and does SHP on a volunteer basis.

“All of us have our own lives,” Mickelson says. “The chapter presidents run it as fast or as slow as they want. We kind of left it up to them just like we did when we started out.”

Though Shaffer has only been with Sleep in Heavenly Peace for a few months, he has spurred a lot of growth for the nonprofit, particularly in the Rexburg area. Rexburg’s first build will be June 10 at The Zone, located just south of Walmart by ArtCo.

“It’s been a really humbling experience,” Shaffer says. “A lot of gratitude and empathy for those kids that are sleeping on the floor. To go back through the process of getting a bed again is pretty exciting.”

To make a donation to this incredible nonprofit, you can mail checks to Sleep in Heavenly Peace P.O. Box 625, Rexburg, ID. If you wish to volunteer, especially to participate in the build on June 10, you can sign up on JustServe or you can visit the Facebook page for information on the local events.