Establishing yourself in a local music scene like Rexburg — as a front-runner with a particular genre — can be difficult. But that’s exactly what Vic Fox did.

On the 2017 EP, Coastal Living, Bo Brusco (Vic Fox) crafted a cinematic glimpse into a conceptual surf-rock paradise. Now, a year later, he’s following it up with the release of a new, full-length album, Worlds Above Me, produced entirely by Adam Ricks. After our initial listen through, it feels like Brusco is returning to his roots in search of something darker, less beachy, and certainly more genuine.

“It’s nothing musically impressive or groundbreaking,” Brusco wrote on his personal Instagram. “But it is sincere and means a lot to me. I hope you find value in it and that it somehow moves you. It’s designed to be a real album experience start to finish, so try to avoid the shuffle modes.”

So here’s our review of the new record — start to finish — the way it’s meant to be listened to. Here we go: 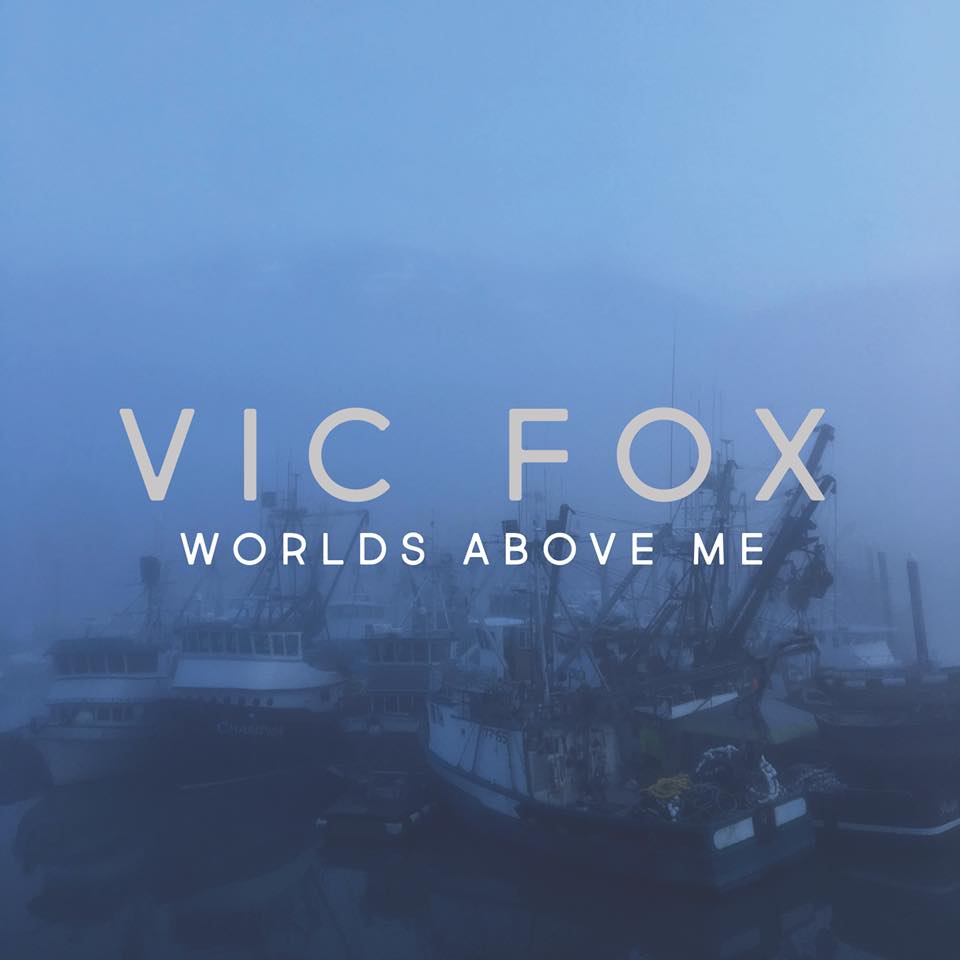 The album begins with an interlude track, Below the World, that sets the tone for the record. Keeping true to the nautical theme of previous releases, it seems like Brusco is subtly referencing his previous work with the lyrics, “I got so sick of swimming, I’m tired of the sea.” Letting his listeners know upfront, this won’t be the same kind of record as Coastal Living.

The tracks transition seamlessly from one song into the next. “The Opera(tion)” is a song that Brusco has said was inspired in part by The Killers’ “Mr. Brightside”. It stands out on the record as a song that could have been featured as a single and brings the listener to a point of familiarity. The lyrics, “I’m trying to find a way to keep all my mistakes in secrecy but none of them are a one-time thing — they’re all apparently repeating, they’re all apparently repeating,” are both memorable and relatable. A definite high point of the record.

“3 AM” starts with a spoken word introduction by Explore Rexburg‘s very own, Joe Stay. Breaking through the buzz of a cassette tape-like crackle, the words triumphantly exclaim, “‘X’ marks the spot — etymology. From a traditional cross-like mark to indicate buried treasure. You will find what you are looking for under an obvious sign for it.”

The record takes an interesting turn at the halfway point. After “The Vessel”, the album introduces “Sea Shanty” and suddenly you’re unsure if someone nearby might be watching a Pirates of the Caribbean film. However, it’s not necessarily a bad thing. The hymn-like acapella tune is fun and familiar but refreshingly creative. It separates the record into halves — the first being what we’ve already discussed, and the second being where Brusco pushes the boundaries of his own songwriting abilities.

“So Long Sailor”, “Still Sinking”, “Emo Songs” and “Lion Heart” eloquently paint a picture of oceanic life, sailing the seven seas and living to tell the tale. Pulling at the emotional heartstrings of lost loves and failed dreams, but with an optimistic outlook on the future.

The album ends with,”Back”, a song written about falling out of love, with no one but time to blame. The heart-on-your-sleeve lyrics declaim, “I wish time was a person, cause if he was I’d hunt him down. I’d put him in the trunk of my car until he agrees to turn this all around.”

To listen to the record in its entirety, it is available for streaming and purchase on iTunes, Spotify, Apple Music and more.

Unfortunately, the opportunity to catch Vic Fox performing in Rexburg has come and gone, as Brusco is currently student teaching in Las Vegas. But who knows, maybe he’ll come back at some point to play these aquatic tunes live. To keep updated on the happenings of Vic Fox, make sure you give the band a follow on Instagram.