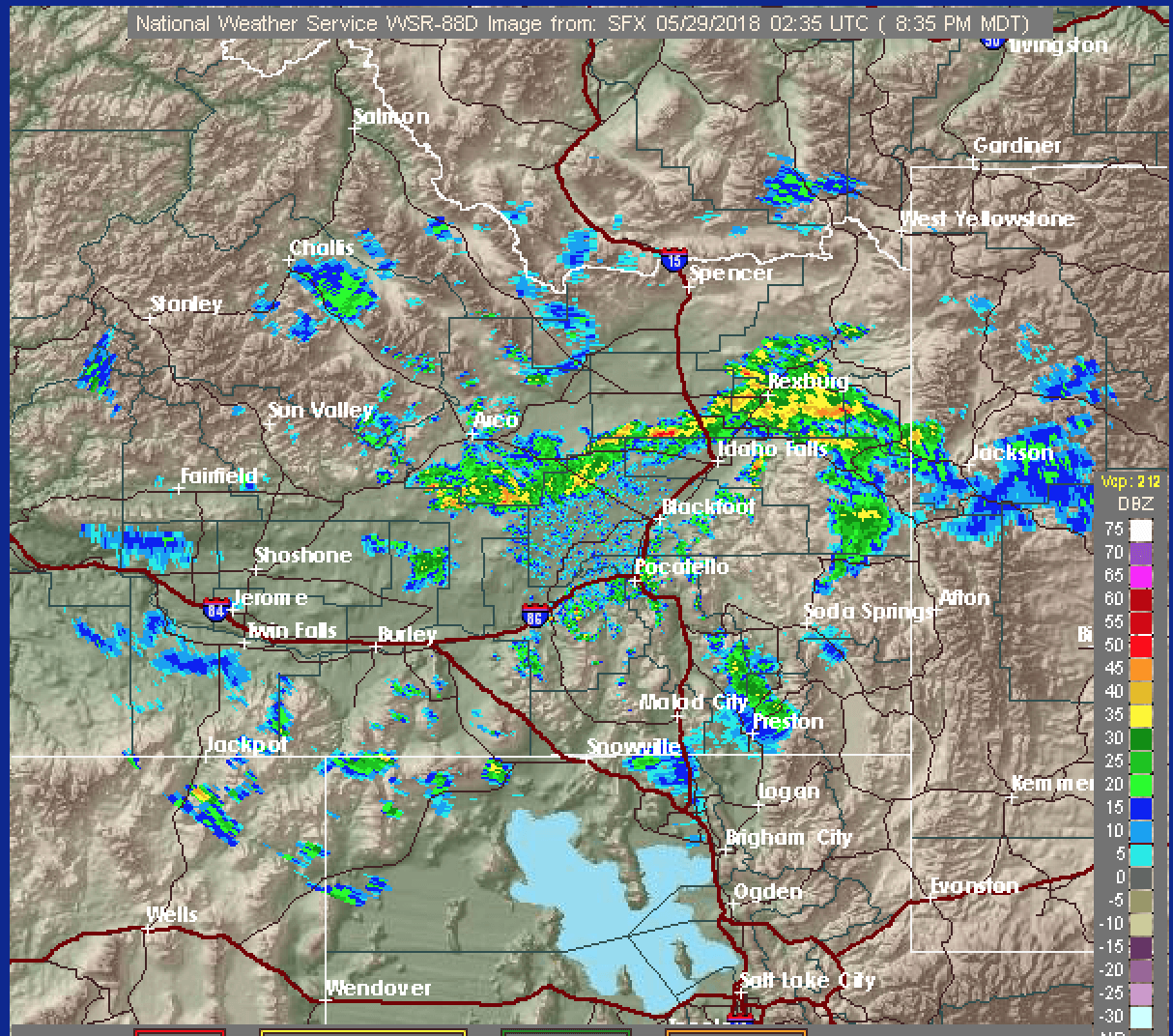 This article is a guest submission from local weather enthusiast Lee Warnick.

Just when you think you’ve seen it all, the weather has a way of proving you wrong. After a weekend in eastern Pennsylvania where Lori and I saw 3 inches of rain in 3 hours and had to navigate around flooded and closed roads to get to church, we Rexburgites witnessed a 1-inch storm materialize from next-to-nothing last night.

On our drive back from SLC yesterday, we were rained on several times, so we knew there was some energy in the region. Still, we saw a thunderstorm west of Idaho Falls more or less disintegrate as we drove up from the south, and upon arriving in Rexburg, we noted nothing to be concerned about.

Then as I sat in my home office, which faces north, I saw clouds quickly darken and flashes of lightning start, and those clouds began drifting closer. For about a half-hour it looked as if it should start raining, but it didn’t. Radar showed a thin line of precipitation stretching out west past Arco. As fellow weather wonk Kort Black noted, you could see all the way through the storm. No biggie. With normal TS rate of movement, we might get 5-to-10 minutes of rain.

Then at 8 o’clock it started raining. And it kept raining, and raining, and raining. That little streamlet of the storm on radar grew to a swollen river with its flooded-over banks centered in Madison County (see the attached radar screenshot, about 30 minutes after the rain started). Finally, just before 11 p.m., my home station hit 1 inch of rain in just under 3 hours, and it finally quit. (Kort’s station about 4 miles south of town received 1.34 inch.) Unfortunately, the airport rain gauge wasn’t working again for an official tally.

Here’s what happened. We kept getting energy pumped into the storm from the north, so the supply of moisture didn’t run out for a while. And this storm moved about as slowly as any I’d ever seen; it more drifted than moved, so it continued to dump on us while remaining almost in place. It finally did run out of steam, but not before most rain gauges around here had received an inch or more of rain.

As I wrote last week, a 1-inch day in Rexburg comes perhaps every 4-5 years. We’ve now experienced two of these within one week!